Well it’s here.. the start of the NBA season is upon us! So we’ve looked deep into our crystal balls and come up with a set of predictions. Today we get creative and each give a bold prediction for the season! *Please note these were written prior to the start of the regular season

Jack Birtwhistle (The better half of the Posterized Podcast and as a fan is on the free agent market):

Pelicans to make the Playoffs and Timberwolves to miss out. Predicting the Pelicans to make the playoffs is more a wish than a prediction. Going big when everyone is going small is the zag I love to see when the league is zigging. With a full training camp and pre-season under their belts expect Davis and Cousins to have figured it out and be unstoppable down low and from the high post plus 3pt line. The duo will be virtually un-defendable whilst being competent on that end of the floor themselves. There are depth and wing concerns but who cares when you have Boogie and the Brow. 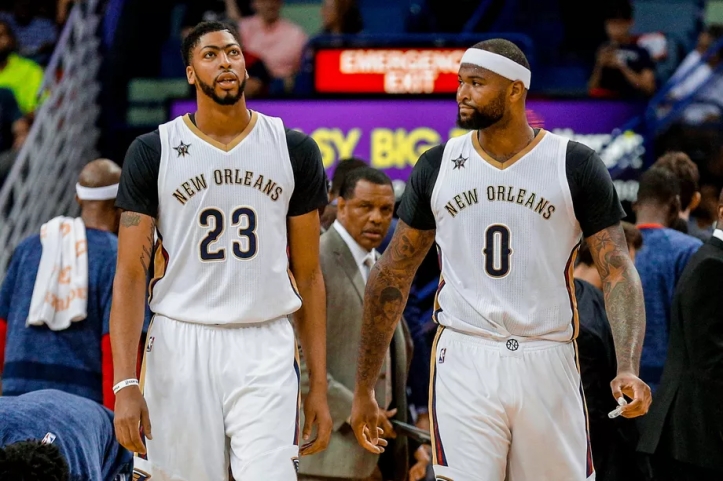 Can the Brow and Boogie put it together for the Pelicans this season? Derick E. Hingle-USA TODAY Sports

The Wolves worry me. They were atrocious defensively last year despite the chops of coach Thibs and the potential of Wiggins and Towns. Notionally adding Butler will help however if Towns and Wiggins don’t step up don’t expect this team to be a force on defense. Spacing on offense will also be an issue with Wiggins and Butler not known 3pt shooters. Outside of Teague and the big 3 the team isn’t that exciting. In a very competitive West I think they might be over hyped.

Brandon Stevens (On his journalistic debut and a mad Thunder fan that is still recovering from KD’s departure):

Washington to finish 1st seed in the East. Last year the Washington Wizards came very close to an Eastern Conference finals appearance only falling short to Boston by 10 points in Game 7 of the conference semi-finals, proving they are a legitimate threat in the East. This year I expect them to build from that and make significant improvements, emerging as a serious threat in the East. The addition of Tim Frazier should help patch up one of the biggest detriments to the team last year in their backup point guard play. John Wall will be fresh off a massive contract extension and determined to show the Wizards he’s worth every cent. Otto Porter Jr and Bradley Beal will continue to improve their game while Kelly Oubre who showed great promise in last year’s play-offs will have another year to improve and help Washington’s biggest weakness, their second unit.

I can see both Boston and the Cavs having a slow start to the season as well. The Cavs will be without star Guard Isaiah Thomas for much of the season and will take a while to adjust to their new roster additions. They have shown that they don’t need the number 1 seed in the East to make the Finals, meaning they may rest older players like Wade and even LeBron to focus on having a big play-off run. Boston boast practically an entire new roster and will take some time adjusting to each other. Come playoffs time, I still see them as the 3rd best team in the East and they may meet a similar fate to last season, losing in the Conference Semi-Finals. However, if Scott Brooks can find a way to stagger Wall, Beal and Porter Jr minutes allowing for one to be on the floor at all times to help make up for their lack of depth, I can see them playing great in the regular season finishing with the best record in the East.

Zac Piesse (Armchair sports expert who aspires to be like Steve Nash on the social basketball court):

The Bucks become a top a three seed in the East. If you look at the squad that the Bucks have managed to put together, it has a very much youthful flavour to it. Led by their fearless leader Giannis Antetokotompo (yes I wrote the correctly on my first attempt) on his back alone they will make the playoffs. I think the main variable in this prediction surrounds the return of Jabari Parker. Jabari proved himself as a legitimate NBA player last year, and alongside the development of R.O.Y. Malcolm Brogdon and Thon Maker, there is potential for them to improve once again. The wealth of experience they have in Greg Monroe and Khris Middleton, alongside the versatility of Giannis there is serious potential for them to rise to the top of the Eastern Conference. 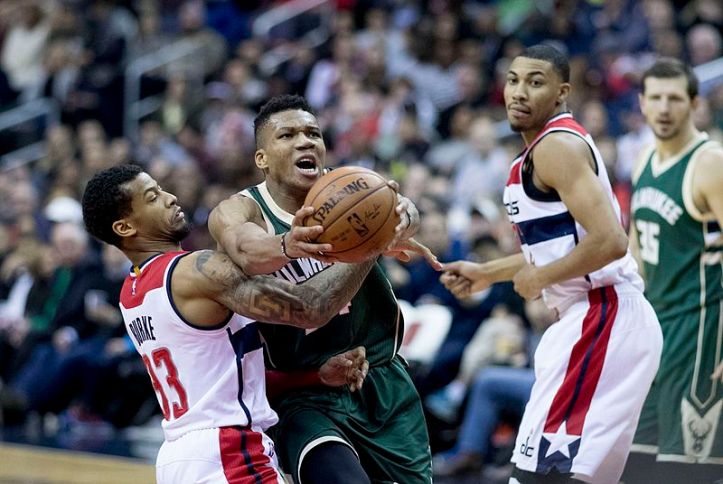 Will the rise of the Greek Freak propel the Bucks to the top of the East? Credit: Keith Allison

Ben Simmons becomes first rookie All-Star since Blake Griffin in 2011. Let’s get one thing straight Ben Simmons is legit. A natural ball handler with the rare passing gene that happens to be 6’10” and unfairly athletic. His jump shot still has ways to go but he influences the game in so many other ways that he can have enough of an influence to be considered for the All-Star game this year.

Last season Joel Embiid was destined for the showcase game but due to the combination of limited minutes, injury concerns and a poor 76ers record leading to his ‘snub’. Expect Simmons to have the same or greater influence over the team this season with no minutes restriction and a more beneficial team record. This along with his maturity following a red-shirt season and the media hype train will lead him to become the first rookie All-Star since Blake Griffin in 2011, something his mentor LeBron James never achieved..